The Flaws of Military Power Rankings: Why They Don’t Tell the Whole Story 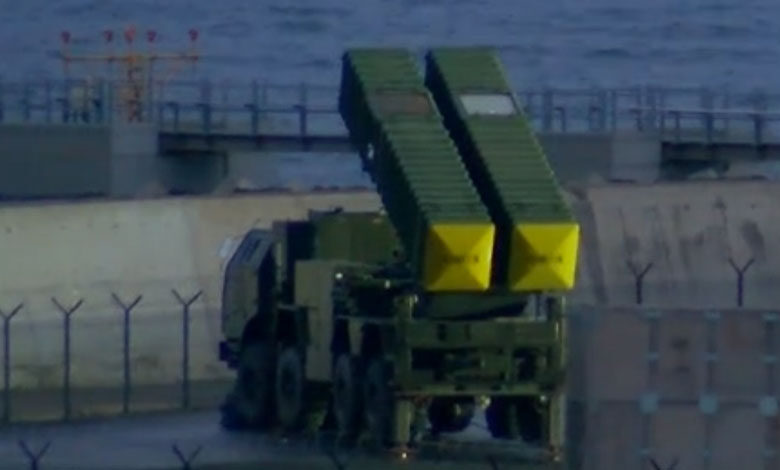 In a surprise move, Turkey has test fired a missile which was kept hidden until now.

Called Tayfun (Typhoon), the new missile is a short range ballistic missile (SRBM). Built by Roketsan, it joins a growing family of longer range solutions for the Turkish Armed Forces.

Though the unveiling of the Tayfun came as surprise, it was expected that Roketsan would release an evolution of the existing Bora, which had an export version named Khan with a maximum range limited to 280 km. According to CNN Türk the Tayfun successfully hit a target 561 kilometres away, just over twice the range of the Khan tactical ballistic missile. The maximum range is classified, but is expected to be just under 1000 kilometres, typical of SRBMs

An interesting point about the Tayfun is that it may be optimized to hit naval vessels. Several years ago, Turkish defence officials had stated that a second iteration of the Bora was being developed. It was said that the Bora II would not only have a range in excess of 500 km, but would also be capable of striking ships. It is almost certain that “Tayfun” is the new name for the Bora II and that the name which is the Turkish translation of “typhoon” is in reference to its naval attack capabilities.

As the Tayfun has only been officially revealed today, it will continue to be shrouded in mystery for a while. Though it can be speculated that it will have mid-course maneuvering and a quasi-ballistic trajectory similar to the Bora, with a much higher terminal speed. As a strategic weapon, it is unlikely that specifications and capabilities will be fully released to the public.

From Drones to Cyber Warfare: The Military Applications of AI

Greeks will be in absolute panic seeing this development and the speculation is that the footage is old too, meaning Turkey may be several years ahead of whats show here.

Greeks will be in absolute panic seeing this development and the speculation is that the footage is old too, meaning Turkey may be several years ahead of whats show here.

Perks of having your own defence industry.

It acts as a deterent, allows ypu to defend your interests without any strings attached while it generates money for the economy and creates jobs while creating a generation of talent.

Also never leave the defence of your nation to another nation.

Any nation who relies on another country for their defence is a dead man walking.

While our neighbours bankrupt themselves with extortion prices when it comes to defence.

Boggles my mind how Arabs and even Greeks are willing to pay so much defence arms that its really criminal. They are getting ripped off too.

Seems like the message is that all greek airbases can be hit and destroyed within 10 minutes of launch. Game changer for Turkiye.

As usual with Turkish missile developments it means the missile is already in production fase.
This ''test'' is just for show.

The Flaws of Military Power Rankings: Why They Don’t Tell the Whole Story

From Drones to Cyber Warfare: The Military Applications of AI

RFID Protection: Are RFID Wallets a Must-Have for Today’s World?

Stay Ahead of the Game: Top Cybersecurity Trends for 2023