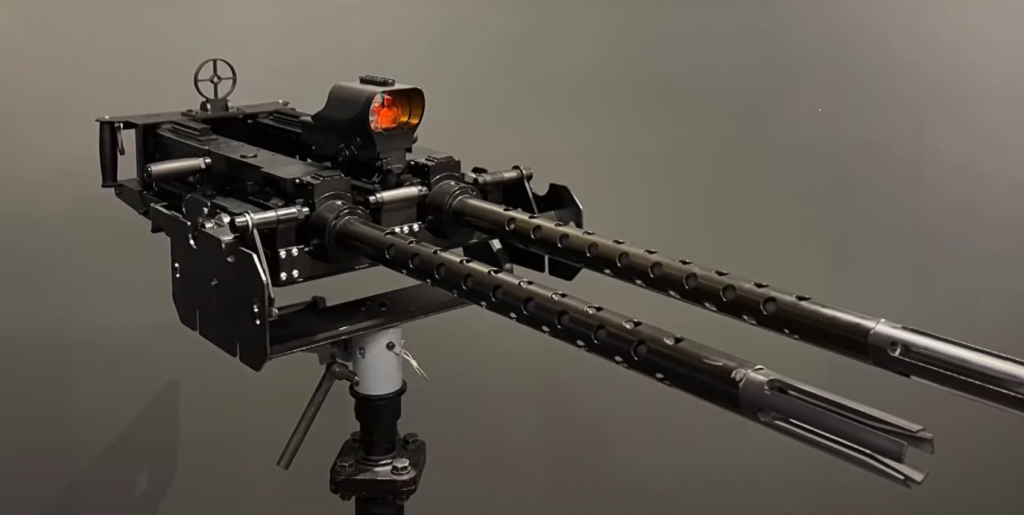 Canik has unveiled its long-awaited high rate of fire, heavy machine gun. Called the M2F, it joins the M2 QCB as part of Canik’s 50 caliber family.

Canik revealed on Monday that the M2F has passed its qualification tests and is ready for production. The Canik M2F has a much higher fire rate than the M2 QCB’s 450-650, which is standard for M2 Browning-based weapons. At 950 rounds per minute, the M2F is ideal for saturation fire. According to the General Manager at SYS, the MF2 was designed for use on or against aircraft. Therefore a fire rate of under 900 is insufficient.

Current guns (M2’s in the Turkish inventory) have a rate of fire of 550. This is not enough for aircraft. It needs to be over 900. For this reason we raised the rate of fire to 950 on this model

The M2F has been in design for 4 years. Canik is known for its quality guns and the M2F is no different. Built with the aid of advanced coordinate measurement machines, the M2F will be built with precision to ensure maximum reliability.

A twin variant is currently being designed. Images show a design with an anti-aircraft sight coupled with a holographic sight. The twin variant shown in the pictures is suitable for use on platforms such as RHIBs, patrol vessels and utility or scout helicopters. This twin configuration could also be modified for use on fixed-wing aircraft or mounted on attack helicopters. It could also be used on ground vehicles for protection from low-flying aircraft or saturation fire on enemy positions.

The M2F is expected to enter the Turkish Armed Forces inventory soon. A number of nations have expressed their interest in the product, and sales are expected after full production commences

The RUAV-724 is a fascinating fast autonomous cargo concept

We need mechs with those mounted on it.

Join the full discussion at the DefenceHub | Global Military Forum →

The RUAV-724 is a fascinating fast autonomous cargo concept

Login below or Register Now.